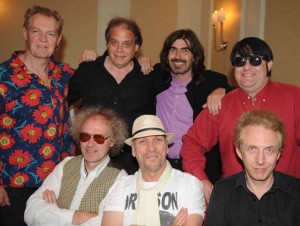 The Trembling Wilburys will be making a short appearance at London Beatles Day on Sunday July 29th, playing a few songs acoustically. The event takes place at the Doubletree by Hilton Hotel on Southampton Row WC1 from 10am – 5pm. The Wilburys will be playing at around 1:00pm

Prior to the performance, drummer Dave Stark (aka Buster Sidebury) will also be giving a guest talk (approx 12:30) about his amazing experiences of meeting all The Beatles as a schoolboy in the ’60s, 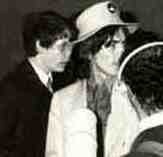 including gatecrashing the Yellow Submarine premiere in July 1968 and sitting directly behind the band – here he is pictured next to George Harrison after the film ended.

If you like The Beatles & the Wilburys we hope to see you there!

2 thoughts on “Wilburys to Play at London Beatles Day”