The Wilburys have a had a rockin’ great 12 months, ending with our second Xmas Xtravaganza at Dingwalls, and our final gig of the year at the Royal Oak in Hampton. Thanks to everyone who came to see us in 2014, from Barnsley to Broadstairs, and from the Half Moon in Putney to Beatles Day at Mons in Belgium – it’s a been a great ride to the end of the line, sorry end of the year..

The Wilburys At Dingwalls

But never fear, we’re back in early 2015 with our first Midlands gig at The Roadhouse in Birmingham on February 13th, followed by a return to the Half Moon on March 1st and visits to Farncombe, Surrey (March 20th), The Horns, Watord (April 5th), Tropic of Ruislip (April 24th) and others tbc – keep an eye on the website and our Facebook page.

We also hope to have a live recording or DVD out sometime during the year as promised, plus some other merch which we know many of you have been asking for. We’re also hoping to add a few new tunes to the set during 2015, although quite where we’re going to fit them in we have no idea!

Finally, big congratulations to the late great George Harrison (aka Nelson Wilbury) who’s being awarded a posthumous Lifetime Achievement Award at the Grammys on February 8th – very much deserved, and we’ll all be there with him in spirit in the night. As the man himself said, “Handle With Care”. 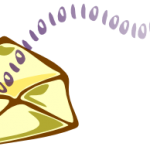 We now have a subscription service (it’s free!) whereby you can sign up to receive the band’s newsletter straight to your email inbox! If this interests you, head over to the newsletter page and click YES!