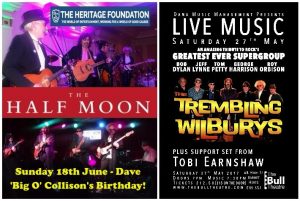 The band has been busy in the past few weeks with great gigs on Hayling Island near Portsmouth (Mill Rythe Holiday Village); at Chelmsford F.C. for It’s Your Music; and most recently at the Marriott Regent’s Park for the Heritage Foundation‘s 25th anniversary lunch with showbiz guests such as Barry Cryer, Nicholas Parsons, Su Pollard, Vicki Michelle and others. We’ve become the band of choice for Heritage events over the past few years and have just been asked to headline at their pre-Christmas bash on November 20th back at the Marriott.

Halloween is also coming up soon and we’ll be getting spooky on Sunday 30th October at One Kew Road in Richmond, formerly the legendary Station Hotel where the Rolling Stones played their first gigs in 1962/63.  The venue is now a great restaurant & bar with a live room on the first floor, while promoter Paul Endacott also runs the excellent “Swinging 60’s Bus Tours” starting from the Hard Rock Cafe en route to many historic music sites in Richmond, Twickenham, Eel Pie Island etc, ending up at our venue – so you might want combine an afternoon bus tour with our gig the same evening!

Next up after that is a return visit to Tropic at Ruislip on November 11th, a great venue we first played last year. Then it’s the Heritage lunch before we’re back at the Half Moon Putney on Sunday 11th December for a Wilburys Xmas special, while the seasonal celebrations continue at the Boom Boom Club at Sutton F.C. on December 22nd – make sure to book as this one will probably sell out.

Finally it’s great to report that our guitar wizard Dzal Martin has recovered amazingly quickly from an operation to remove a nasty tumour back in August, and is back on form at volume 11 as usual!  We also congratulate Bob Dylan aka Lucky Wilbury on winning the Nobel Prize for Literature, those crafty Wilburys get everywhere you know. Hope to see you at one or more of our upcoming gigs, and don’t forget to follow us on Facebook as well. 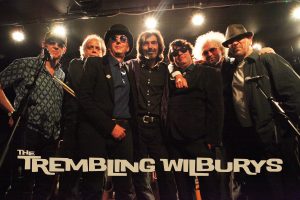 We recently had a great photo session with top rock photographer Christina Jansen, who’s also well known for taking some iconic pictures of the late great Muhammed Ali. She snapped us at the Water Rats in Kings Cross before our show in June and we think the results are just superb – thanks, Tina!

Since then we had a great time headlining the East Barnet Festival in Oak Hill Park, fabulous weather and a great turnout. Then we’re back at the Half Moon Putney on July 10th before taking a summer break, returning on September 22nd for a special show at Mill Rythe Holiday Village on Hayling Island. Then it’s off to Chelmsford F.C. the following night for Nick Garner’s monthly rock night, before returning to the Regents Park Marriott for the Heritage Foundation’s anniversary event on Sunday October 9th. 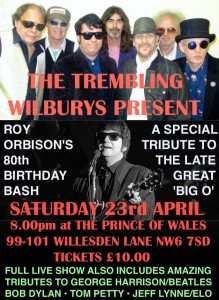 Summer’s here, the cricket season is in full swing and the Wilburys had a blast at Sunbury C.C. recently, where we bowled a few maidens over and scored a big hit with our 2-hour rocking show. As you can see we also had a lorra fun on the pitch & sight stand, we’re only a seven-man team but we sure know how to handle our bat & balls with care – howzat?! END_OF_DOCUMENT_TOKEN_TO_BE_REPLACED

The Trembling Wilburys wish all our friends & fans a very Merry Christmas and a Happy New Year, we’ve had a total ball in 2014 with some great gigs and much more to come in 2015. Come on down to our last two gigs of the year at Dingwalls on Dec 3rd or the Royal Oak on Dec 20th, where we’ll be celebrating in rocking’ style with some of the greatest songs on the planet!!! 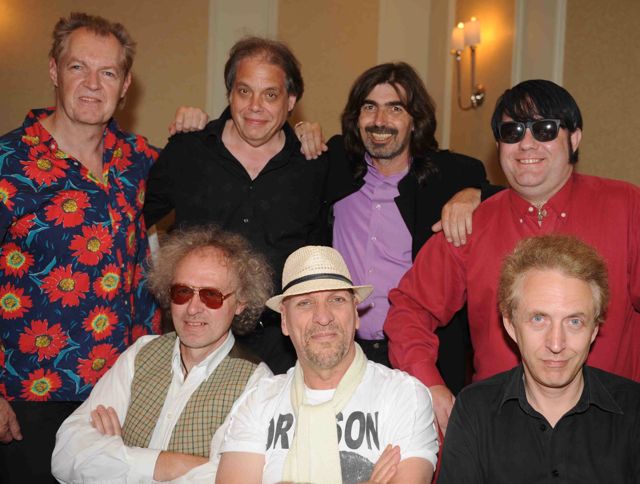 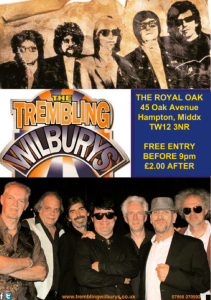 The Wilburys have a couple of shows coming up shortly which may be of interest:

Hope you can make one or the other, and here’s a sneak peak at where we’ll be in early 2015: 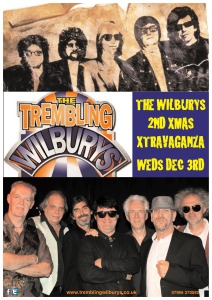 TO BRUSSELS AND BEYOND…. 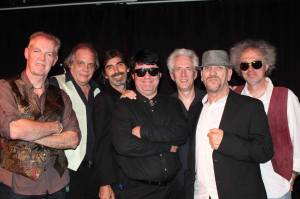 The Wilburys will be busy in Brussels (well actually Mons) for Beatles Day in Mons on October 11th. Here’s a round-up of our other recent expolits…

We had a couple of great gigs in August, firstly at Broadstairs Folk Week where we sold out The Pavilion venue by the beach to great response. Then at our debut Half Moon Putney gig on August 31st an amazing crowd just wouldn’t let us go and we were re-booked immediately for March 1st 2015. Thanks folks!

We also had another SW London gig on Wednesday 1st October at the Grey Horse in Kingston, where we celebrated the release of the new George Harrison CD box-set, “The Apple Years”, with George also being the subject of a big celebrity tribute concert in LA on September 28th. END_OF_DOCUMENT_TOKEN_TO_BE_REPLACED 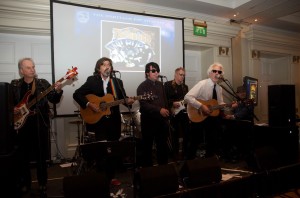 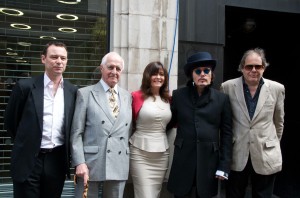